I apply statistics, mathematics, data science, and machine learning to advance psychology and psychiatry, and occasionally other fields too. Currently, I am initiating an Academy of Finland -funded project on Machine learned causal factors for psychotherapy in collaboration with IT-Psychiatry section of HUS Helsinki University Hospital, for which I am on a leave of absence from a position of a University Lecturer on Statistical Methods in Psychology at the University of Helsinki, Helsinki, Finland.

Within my past affiliations, we have among other things, provided arguments in support of a hierarchical structure of psychopathology and personality, developed causal inference techniques for psychology, and modeled evolution of major depression. In addition to these topics, highlighted in below, I try to keep updated a comprehensive list of publications here.

Hierarchical structure of psychopathology and personality

Remodeling the population structure of psychopathology risk factors is a hot international research topic, for example, fuelling the HiTOP consortium. We have contributed to the topic by arguing that both psychopathology and personality reflect a few broad shared dimensions of risk that are organized in a hierarchical manner. This suggests that mental health treatments could be improved by assessing and targeting these broadband risk dimensions, besides the usual disorder-specific treatments. Some exemplar publications on the topic are listed below. 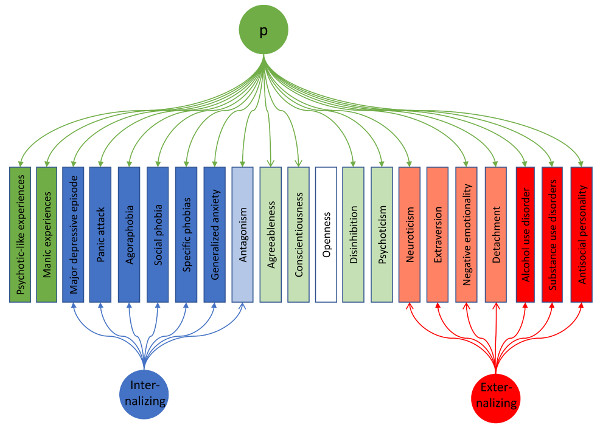 The above kind covariance-based models must eventually be supported by evidence on causes and consequences, which is often difficult to come by in psychology via traditional means. We have developed statistical models that better support causal inferences e.g. through the use of inheritance structures and higher statistical moments than covariance. 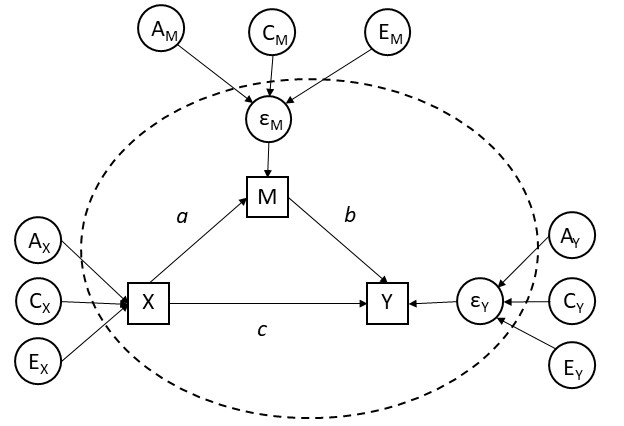 Besides statistical constraints, theories are a time-honoured way to constrain possible causal interpretations. The theory of evolution has traditionally been used to support psychological theories, but mathematical maturity has increased only recently, making the theory of evolution a much stronger tool for psychology than it used to be. So far, we have used this theory to better understand the specific properties of major depression and its treatment.